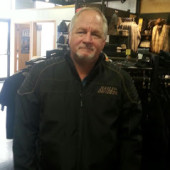 Doug is a long time resident of Casper with over 25 years in the automotive industry.  He first tested the waters in Casper in 1981 coming from Bismarch, North Dakota.  He then met his wife and began working in the furniture industry and traveling the United States. After 10 years Doug and his wife Jennie decided Casper was the perfect place to land, make roots, and raise their 4 children. They believe moving back to Casper was one of the best decisions they have ever made. After 25 years in the Auto industry Doug felt the need for a change and joining the Oil City Harley-Davidson® was a perfect fit to continue working with the public with a fun product in a fun atmosphere.

"I am looking forward to seeing all of my past customers here at Oil City H-D® and adding a little fun to their lives"...Doug 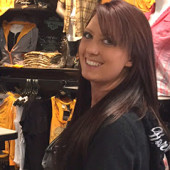 Kaylee has been around motorcycles all her life.  Her father is an accomplished flat track racer, and anyone who knows about racing, knows that it’s a family event.  So, not only does she have the longest tenure at Oil City Harley-Davidson®, she knows her stuff!  And, she’s excited about helping riders gear up for a comfortable and safe ride.

Every day is a new adventure, and that's what I love about working with Oil City Harley-Davidson®.  Come see me, and I'll prepare you for the ride of your life!" ...Kaylee 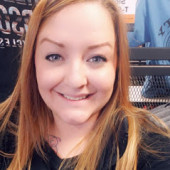 Meghan comes to us from no where other than our beloved Casper.  She spent the last several years working in the medical field.  When she decided it was time for a change of pace and different enviornment, she joined the OCHD family. Meghan has always had a passion for riding, having fun, and living on the edge of the wild side; making her a great fit!

"I look forward to meeting all sorts of new people and helping you find the most stylish riding gear that fits your personality and riding needs"...Meghan 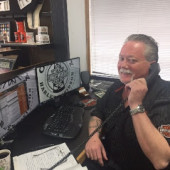 Jim's passion for Harley-Davidson® motorcycles began in 1977 when he purchased a new XLCH Sportster®.  Almost twenty years later, Jim's profession and passion collided when he accepted a position with Farthest North Outpost Harley-Davidson® in Fairbanks, Alaska.  And like everything Harley-Davidson®, Jim's career has been exciting.  In 1999, he moved to Twin Falls, ID to assist with the opening of our sister store (Snake Harley-Davidson®), and fifteen years subsequent, he accepted the position of Parts & Accessory Manager at Oil City Harley-Davidson®.

The thing that amazes me is that I have been allowed to have a very long, rich career in doing something I have always been truly passionate about." ...Jim

Zach grew up in Casper, Wyoming, graduated from Natrona County High School, and moved on to graduate from Casper College with diesel technicians certificates.  He was the service manager for Sears Automotive before joining the Oil City team and moving into the world of Harley.

Zach is an avid outdoorsman and when he is not managing the service department, you may find him enjoing some downhill skiing, mountain biking, fishing or hunting in the great Wyoming landscape. 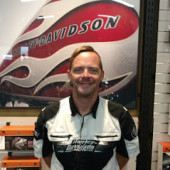 Levi is a fire breathing, body burning, fire wall smashing, car crashing mohawk having son of a gun.  For those wondering, Levi states he was born in a barrell of butcher knives (so sharp as a whip) and raised in a forest fire (hence his fire obsession).

He is a Casper native and has been riding motorcycles since he was 14 years old.  Outside of playing with fire, Levi can be found enjoying being a Dad to his baby girl. 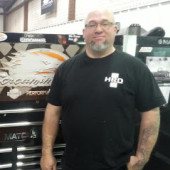 Jeff is yet another Wyoming native and has worked in the motorcycle industry for over 20 years. He practiced his trade at Harley-Davidson® dealerships in Las Vegas, Nevada, Billings, Montana, and even Wyoming before becoming a memeber of the Oil City Harley-Davidson® family. Jeff has a horrible need for speed and fulfills this with his position as Crew Chief for koiso racing on the Bonneville Salt Flats. They currently hold 24 world land speed records including the fastest Harley-Davidson® in the world with a one way speed of 249.987 MPH.

"I am excited to be back in Wyoming and part of the Oil City Harley-Davidson® team"...Jeff